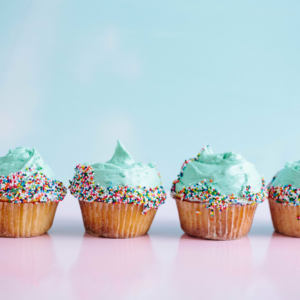 When you hear the word insulin, what comes to mind?

What is insulin resistance?

Simply put, insulin resistance is when the message of insulin isn’t being delivered properly. You can also think of it this way: Insulin knocks on the door of the cell, trying to get it to answer but the message isn’t delivered and received as it should be. Sometimes insulin has to knock a little louder or sometimes it has to bang on the door of the cell to get a response.

This metabolic dysfunction can contribute to:

You can have insulin resistance without having these physical symptoms/signs.

How can we tell if you have insulin resistance?

We can use the above signs and symptoms as well as blood work to help identify insulin resistance.

As for blood work, it is not enough to have only your fasting blood sugar levels and HbA1c (Hemoglobin A1c) tested. These markers could be in the ‘normal’ range, but you can still have mild to moderate insulin resistance.

What we want to test is your insulin along with your blood sugar. Testing both on a fasted state can give us more information about whether you have insulin resistance.

Completing what’s called a Glucose Tolerance Test (GTT) gives even more beneficial information because it tells us what’s happening in your body after consuming some glucose (sugar), which is more similar to your day to day after you eat. In the GTT, you measure insulin and glucose in a fasted state, then test both again at certain time intervals after consuming a particular amount of glucose.

This is similar to the test for gestational diabetes during pregnancy, but we’re also looking at insulin.

It’s normal to see a rise in insulin after consuming the glucose in the test and after a meal. However, we don’t want to see insulin remain elevated. This high insulin can drive weight gain, disease and metabolic dysfunction.

Unfortunately, you can have insulin resistance for years or decades before you start to see changes from a diabetes perspective. This is why a preventative approach is key.

The good news is that insulin resistance is reversible. You can improve sensitivity to insulin, helping to restore healthier metabolic function.

We’ll be looking at strategies for regaining healthier metabolism and reversing insulin resistance in Part 2 in a few weeks!